Power and flexibility for patient lifters

Further advantages of the MEGAMATS 5 include its compact and stable construction, the optimum price-performance ratio and manual emergency lowering. Thanks to its characteristics, the drive is especially well-suited for lifter applications. Nearly all the optional equipment for the MEGAMAT 2 are also available for the MEGAMAT 5.

Advantages at a glance

3 Retracting function: The clutch of the lowering function must be open during the entire downward movement. 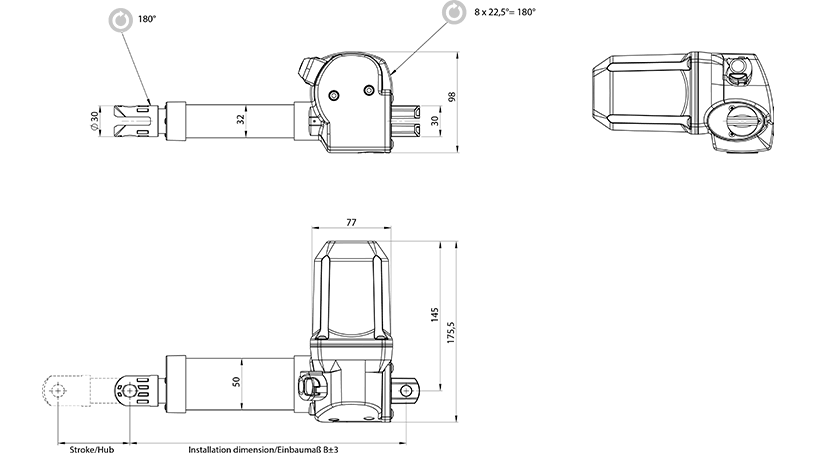 Some of these cookies are essential for this website to perform its basic functions and some cookies are used for statistics and analysis purposes, helping us to improve our website.
As you click on "Accept all" you consent that we track and evaluate your activities on our website using Google Analytics. If you do not consent, you can change the settings in "Manage cookie settings" and save your changes.
Further information is available in our privacy statement.

Here you can find an overview of all cookies used.